The Conservation Ethic of Hunter’s 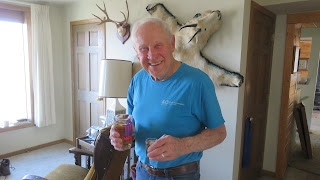 As hunters, our relationship with the animals we pursue in fair chase is experimental.  In looking across human history it is hard to find anything like the association between hunters and the hunted that has developed in North America.  In most places, and through most of recent human history, wildlife belonged to those of privilege or property.  Hunting was, and in most places on earth today remains, the sport of kings.

Before we address the ethics of hunting we need to look at why most of us can even aspire to be a hunter.  When America was colonized it was common practice for the royalty of Europe to grant land to relatives.  Some of those land grants here in America included, in the language of the times, “…the fishings, hawkings huntings, and fowlings.”

The American Revolution separated us from the king and produced a system of free people governing themselves.  Fish and wildlife were not mentioned in any of our founding documents.  The void was filled by court decisions that established water, fish and wildlife as public resources held in trust by the states for the benefit of all the people.  Their words at the time were “When the revolution took place, the people … became themselves sovereign…”  In short, since you and I are sovereign, the king’s deer became the people’s game.  America would have a democracy of the wild.

When that initial court decision was issued in 1842 Montana had a wildlife resource that “… for variety and abundance exceeded anything the eye of man had ever looked upon.” Forty-one years later a young Theodore Roosevelt (TR) came west to hunt buffalo.  He borrowed a gun, hired a guide and hunted for nine days through the rotting carcasses of the last commercial slaughter before finding and shooting a lone, wandering bull.  He found that lone buffalo on Little Cannon Ball Creek, Montana Territory.  Two years later TR would write of a ranchman who made a journey of 1,000 miles across Northern Montana and was, “… never out of sight of a dead buffalo and never in sight of a live one.”  Montana was the wildlife bone-yard of a continent.

These experiences contributed to a conservation epiphany among a handful of visionary hunters.  In 1887 they formed a citizen based hunting club to introduce the fair chase sporting code and restore big game to America.  Four years later they lobbied a provision through Congress allowing presidents to set aside unclaimed lands for conservation purposes.  When TR became president he used that authority to set aside almost ten percent of America for wildlife restoration along with public forest conservation.  A generation later, when an economic depression and the dust bowl had our country on its knees, hunters championed an excise tax on firearms and ammunition to fund the struggling wildlife restoration.

Today we take to the field in pursuit of a wonderfully restored wild abundance in a relationship with nature perhaps unique in human history.  When we take rifle in hand and head for the outdoors it is essential that we also carry the conservation ethic that put both you and the game pursued in the field.  We as hunters need to embrace the truth that we and the antelope, deer, elk, goose and duck we pursue, sprouted from the same diamond buried in our American heritage.  Once we accept and remember that exceptional reality, the decisions made afield will be easy.  We will: respect the animals; honor the relationship we share with them; afford them fair chase; and measure up to the conservation ethic generations of hunters passed to our custody.

As a minority, hunters are often asked, “Why do you hunt?”  Once you learn of the power and beauty in the North American hunting heritage, you can simply answer, “Because it matters.”