Secretary of the Interior Ken Salazar has announced that gray wolf populations in the Great Lakes region have recovered and no longer require the protection of the Endangered Species Act. The U.S. Fish and Wildlife Service is publishing a final rule in the Federal Register removing wolves in Michigan, Minnesota and Wisconsin, and in portions of adjoining states, from the list of endangered and threatened wildlife and plants. More

A new federal policy proposal will help clarify which species or populations of species are eligible for protection under the Endangered Species Act and will provide for earlier and more effective opportunities to conserve declining species. The public is invited to comment on the policy, proposed by the Interior Department's U.S. Fish and Wildlife Service and NOAA's National Marine Fisheries Service, the two federal agencies responsible for administering the Endangered Species Act. Comments will be accepted for the next 60 days. More

This from the Backcountry Hunter's and Angler's by Ben Long:

The Buffalo Are Back – Well, Almost


This article originally appeared in the Montana's Bully Pulpit blog: 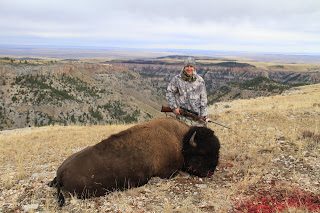 By: Jim Posewitz
While it is a little soon to put your ear to the ground to hear the throb of running buffalo -- they are back. Recent efforts to “manage” the Yellowstone buffalo and their quarantined overflow merely represents a passing checkpoint along the route to restoring wild, free ranging, state managed, and huntable Montana buffalo. The current proposal involved the idea of penning the brucellosis free surplus either on the Spotted Dog or Marias Wildlife Management areas. The idea drew little support from Montana hunters and open hostility from vicinity landowners. The Montana Fish, Wildlife and Parks Commission made the right decision today in allocating the available buffalo to herds managed by Montana Indian Tribes. Given the truth of history, there is a certain moral justice in that decision. Besides, there was no “fair chase” hunting potential in the corralled buffalo.
As the buffalo drama continues to play itself out in our natural and political environments we must sharpen our focus on the CMR Wildlife Refuge and its potential to host wild, free ranging buffalo. Over a million acres of public land, once home to this iconic species, make the refuge ideal for initiating this consummate wildlife conservation aspiration. Add adjacent public lands and the area’s potential triples. For now, an immediate start on the CMR is clearly in order. It is time for the U.S. Department of Interior and the Montana Department of Fish, Wildlife and Parks to launch a joint environmental assessment on the restoration of buffalo. That assessment will focus on the natural environment. While the assessment is underway the rest of us need to address the political environment by spreading the message that we are ready to put the final piece of the North American wildlife restoration miracle in place. It will be a treasure our generation can pass to hunters still within the womb of time.
**Photo is of Jake Butt with 2011 Bull in Crow Pasture. Jake submitted this photo in the photo contest. Good luck in winning some more Sitka gear Jake, looks like you already swear by it. 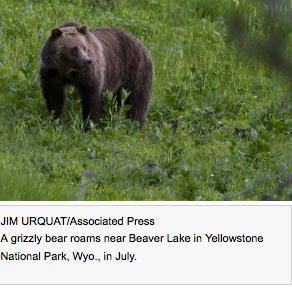 This from the Theodore Roosevelt Conservation Partnership:

Eric,
With Congress continuing its debate over budgets and the national deficit, the TRCP is collaborating with other sportsmen’s and outdoor recreation groups to promote the message that investments in conservation stimulate the economy and protect American jobs.
This week, the Outdoor Industry Association, the American Sportfishing Association and the TRCP co-sponsored an advertisement in Politico magazine to advocate for continued funding for conservation in America. View the ad.
The TRCP’s latest action in support of hunting and fishing was prompted by a recent letter to the president from more than 100 of the nation’s leading economists, stating that funding for public lands supports American jobs and drives economic growth. No one can better appreciate this than sportsmen.
The economists’ position validates the findings of a study commissioned by the National Fish and Wildlife Foundation revealing that activities related to outdoor recreation, including hunting and fishing, as well as natural resources conservation and historic preservation, generate 9.4 million jobs, $107 billion in annual tax revenue and more than $1 trillion in total economic impact. Learn more about the report’s findings.
Learn more about the TRCP’s work in support of conservation funding – and consider supporting our efforts.