Nuse: No link between hunting and violence

Here's an article quoting Eric Nuse, former executive director of Orion and current Orion board member. The article was written in response to a reader who is opposed to hunting and equates teaching hunting to youth with an increase in violent crime.

From the Sunday Rutland Herald 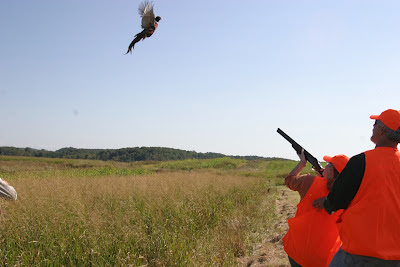 I just got back from instructing at the New England Conservation Leaders for Tomorrow workshop. The college student in this picture went from having never shot a gun (or having hunted) to this. Twenty students from Maryland to Maine attended. All are wildlife-related majors that have never taken hunter ed or hunted.

It is great to be part of the great awakening about the joy of hunting that nearly all of the participants experienced. The notion that hunting equals killing went away pretty fast. This bird is probably still running around after a few shots sped him up!

Congrats to the Wildlife Management Institute and the Max McGraw Wildlife Institute for developing and rolling this program out nationwide. Check out the CLfT website for more info.