This from the Wildlife Management Institute:

Gayle was a long time Board member of Orion. Congrats Gayle!

Gayle Joslin, Montana BHA member, wildlife biologist and lifelong wildlife advocate was recently awarded Leonard and Sandy Sargent Stewardship Award through the Cinnabar Foundation. This award was given Gayle for her lifelong effort on behalf of wildlands and wildlife resources. After 32 years with Montana Dept of Fish, Wildlife and Parks, Gayle has continued as a volunteer since 2007. Having worked with a number of government agencies and their complex planning processes, Gayle generously shares that experience with a variety of non-governmental wildlife conservation groups, advocates and litigators. Much of Helena Hunters and Anglers organization’s efforts has the touch of Gayle’s work.  Montana BHA and Helena Hunters and Anglers, along with Montana Wildlife Federation, Hellgate Hunters and Anglers and Clancy-Unionville Working Group, are currently working together to protect elk security and promote improved travel planning in the Helena National Forest’s portion of the Blackfoot drainage.
The Sargent Stewardship Award recognizes outstanding achievement in environmental advocacy, preservation, and education within the Montana and Greater Yellowstone Ecosystem. This award was accompanied by a special opportunity for Gayle to designate monetary grants to conservation organizations.   Other organizations benefiting from Gayle’s recognition are Helena Hunters & Anglers, Montana Environmental Information Center, Montana Wilderness Association, and Northern Plains Resource Council.

Many of the problems in my life have been the cause of a poor relationship to money.  When I was young I did not learn the value of working hard for commensurate remuneration (I never had to “earn” anything.) All I had to do was beg or be stubborn and I would get what I wanted.

Let me say that this set me up for a significant struggle. When I got in trouble financially I believed that someone would come along and “bail me out.” I don’t fault my father for this. He was the 10th child of a very poor coal mining family in Pennsylvania. All he wanted was to give his children everything he could not afford. He was very successful in his early business career and the family was perceived by many to be “rich.” I based my entire self worth on what my family could afford to lavish on me. This was to become one of my greatest challenges in life.

In my teens I began to hunt and the first thing I learned was that it didn’t matter how much money my family had, nature treated everyone equally under the same conditions.

I was 30 years old before the lesson hunted me down and presented itself in a way that I could no longer ignore. As they say, “when the student is ready, the teacher will appear.”

My father, through his magnanimously naïve nature had made several poor business decisions and managed to lose all the income he had created. He could no longer support the delusions of grandeur that I had created. 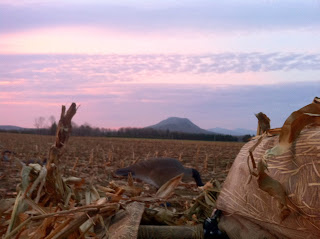 This was to become the starting point for my sacred path. Hunting, fishing and foraging were to become my teachers. To quote Red Cloud, a late 19th century Sioux Chief, “…I am poor and naked, but I am the chief of the nation. We do not want riches but we do want to train our children right. Riches would do us no good. We could not take them with us to the other world. We do not want riches. We want peace and love.” This struck me one day as I stood weeping for my condition. What was it that I wanted? What did I need to feel like I was worthwhile?

My answer came to me as I hunted.

I thought I was hunting for deer, squirrels, turkey or rabbits, but what I was unconsciously seeking was my need to feel as though I had value in the world. Since I had equated “value” with monetary measures, I did not find what I was looking for externally. I tried guiding for  waterfowl for a little more than a decade and it seemed that taking money for providing clients with a chance to shoot a limit of ducks or geese seemed to diminish the value of what I was striving to exchange. It almost seemed that the birds became a commodity that had an assigned value that could be purchased with currency. It felt demeaning after a while.

But during that time I also discovered that what I was searching for all along was the “meaning” behind what I enjoyed so much. It was the beauty of a wood drakes’ herringbone patterned flank feathers, the iridescence of a redlegged drake’s crown, the inimitable cupping of wings of a lone Canada goose dropping in from the heavens after a long migratory journey. I wanted to share the love of his lonely her-onk in the moonlight. I felt drawn to communicate the exquisite aromas of wood smoke, decaying nuts, and the majestic display of a tom turkey strutting for attention in the early morning light of the spring woods. I found myself speaking of the impending arrival of fiddleheads, ramps and wild asparagus as the earth warmed up to 63 degrees in the spring. I languished over the taste of fresh brook trout with nothing but some lemon and butter in a pan over an open fire. 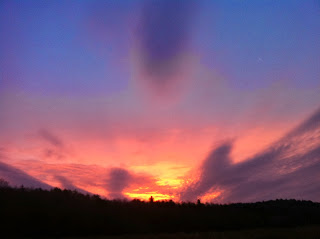 More than anything I had known before, I wanted to share my love and my experiences with others.

As I became aware of what I wanted, I began to realize that my values were shifting. Away from material possessions and a consumptive lifestyle. I wanted to, at least, partially support myself and my wife with food that I had grown, foraged or harvested.

As my values shifted, so did my self-image. Over time I began to feel wealthy. Rich, even. I was filling my freezer with nutritious food. I was growing my own vegetables and finding my own mushrooms. I was eating pure, natural, local food. My household grew to include chickens to provide us with eggs. I didn’t even eat eggs before I had chickens, now an omelet starts off my day three mornings a week. When we have guests over for dinner, it is a production. I cook venison backstraps in a plum pepper sauce and we celebrate our feast with a good bottle of merlot. 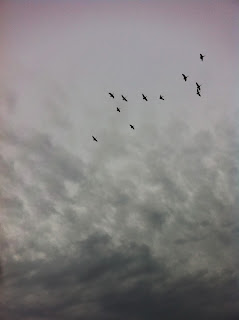 All of this has lead me to the conclusion that despite my lack of monetary income, I have learned that true riches, which I believe is better described as “wealth”, comes not from how new my truck is, nor what cell phone I use, but the abundance of natural elements in my life and how conscious I am of all that is available to me. With this, my definition of wealth has changed and my self-image is now based on how much love and gratitude I have in my life.

So the next time you are feeling poor or are not sure how you define value in your life, I would propose that you pick up your gun, your fishing rod or a basket and walk into the woods. Nature provides us with all the riches we need.

Bradley Carleton is Executive Director of Sacred Hunter.org, a non-profit organization that is being formed to educate the public on the spiritual connection of man to nature and raises funds for Traditions Outdoor Mentoring.org, which mentors at-risk young men in outdoor pursuits.