34 days, 400 miles, 43 portages, miles of pushing and lining upstream and lots of alder tunnels - I'm back from my canoe trip in the Nunivik region of northern Quebec. Great sparse and wild country, lots of white water, abundant waterfowl and excellent fishing. We went nearly 3 weeks without seeing any sign of man on the ground in the area north of Shefferville until we reached the Whale river.

It was great meeting lots of Innuit people and talking about the life of hunter/gatherers that their parents lived and how things have changed for them. The great thing is the hunting culture is still strong. It was wonderful to be among them even for a short time we were in Kujjuuaq. 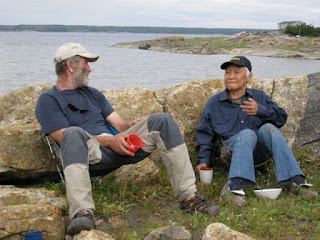 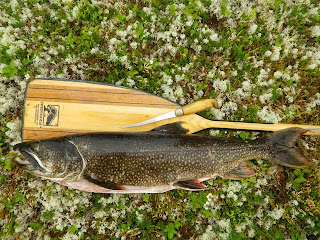 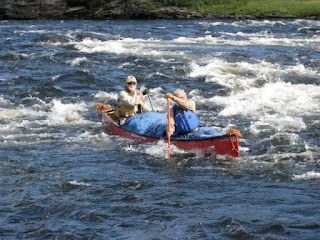 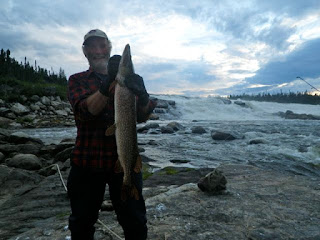 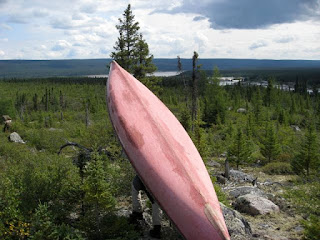 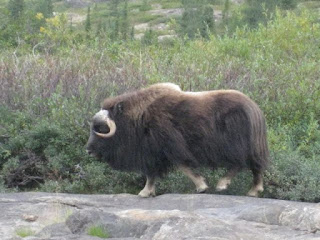 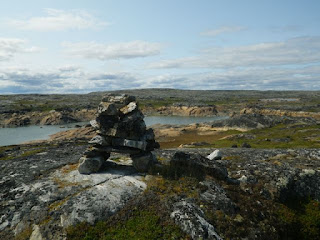 It is great to see that Orion is flourishing under our new Executive Director, Jim Tantillo, and the blog is going strong. Thanks to the posters and commenters! 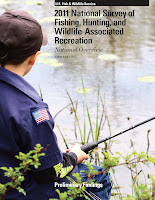 Well, hot diggity, the preliminary numbers are out and the number of hunters in the U.S. has increased over the past five years.

The numbers come from the mammoth U.S. Fish & Wildlife Service's 2011 National Survey, which I've found to have the most reliable numbers (i.e., biggest sample size and  lowest margin of error) on hunting in America.

Total hunter numbers up 9.6 percent. Big game hunters up 8.4 percent. Migratory bird hunters up 13 percent. Hunters of other animals up ... wait for it ... 100 percent! The only number that dropped was small game hunters, which were down 6.3 percent. Good. More rabbits for me.

Here's a look at the numbers (you can click on the image to see it a bit larger): 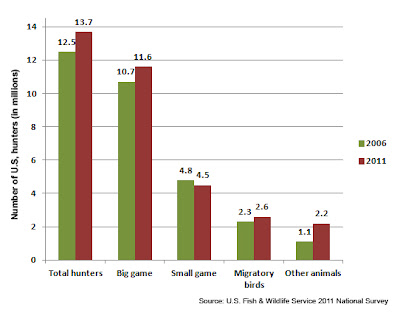 This is as much detail as USFWS has released so far. There's no breakdown yet for the numbers of kids, women and various ethnic groups hunting. The 2006 survey showed that the number of girls 15 and younger who hunt had nearly doubled over the previous 15 years, so there are a lot of potential gems in the 2011 numbers.

But unless FWS has changed its survey, we won't ever see answers to what is, to me, the most important question: WHY?

From where I sit in Northern California, I can tell you we're seeing a huge interest in hunting from non-traditional groups, primarily urban foodies (often liberal) who are trying to opt out of the factory-farmed meat supply. Thank you, Michael Pollan, for sparking that interest with "The Omnivore's Dilemma." But I haven't yet seen any data that would back up that anecdotal evidence with real numbers.

I also can't ignore the fact that the Great Recession may have sent more people into the field just to put meat in their freezers. It might not have anything to do with the noble aspirations of foodies.

The other question the National Survey won't answer is what is the upshot of this increase? I hope it means that support for hunting is on the rise. More people hunting = more non-hunters being exposed to hunting = stereotypes getting crushed.

I see that personally. Hell, I live it - I'm a female college journalism professor, and when non-hunters find out I hunt, they're almost always surprised, and they almost always walk away with an image of hunting that is no longer the caricature peddled so effectively by the Humane Society of the U.S.

But realistically, the only thing we can assume with reasonable safety is that rising hunter numbers means rising revenue for, and interest in, conservation. That's a good thing.

Ted Nugent hunting hogs by helicopter: Yay! or Oh No! 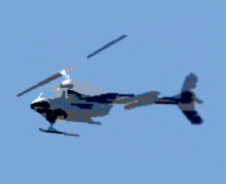 During the 2008 presidential election, we learned that aerial hunting is controversial. Nary a single critic could blast Republican Alaska Gov. Sarah Palin without making a point of her support for hunting wolves by helicopter.

On Aug. 26, anyone who gets the Sportsman Channel will be able to watch Pigman and lightening rod Ted Nugent hunt hogs from a helicopter.

Will this be another blow to hunting’s image, or will America’s disdain for pigs render this episode PR-neutral?

It’s not a rhetorical question. In California, pig hunting is noticeably absent from the bill that would ban hunting bear and bobcats with hounds. Bear and bobcat are charismatic megafauna, and it’s easy to convince the public that hounding them is mean. Pigs, however, are despised. They have bristly hair and scaly skin, and they’re mean and invasive. No one wants to protect them from houndsmen and -women.

POSTSCRIPT: Phillip over at the Hog Blog has written a great piece on this topic - definitely recommended reading.

POSTSCRIPT NO. 2: Phillip has now gotten an advance copy of the show and written a new post on it.

Hunting nakedly: A twist on a classic hunting ethics test

One excellent measure of your hunting ethics is asking yourself this question: How would I feel if what I’m doing on this hunt was blasted onto TV screens across America? If the answer is “like a total loser,” then you probably shouldn’t be doing it.

Recently, though, I faced a flipped version of that test: I actually was being followed by a filmmaker who had the potential to blast what I was doing onto TV screens across America, and I faced a situation that I thought would look bad, but that passed my personal ethics test.

The question I faced was this: Do I do what I’d do in this situation if I were hunting alone and present myself honestly, or do I alter my behavior rather than explain myself on camera?

If you’re familiar with my old blog NorCal Cazadora, you’ll be able to answer this question easily. If you don’t, allow me to explain: I’m so unflinchingly honest that my mother once aptly described my writing style as “naked.”

The scenario I faced with the filmmaker in tow was a small pack of jack rabbits a good 100 yards ahead of me on a trail, out of range because I was using a shotgun. When they spotted me, most started heading up a levee for an easy exit, but one of them inexplicably began hopping toward me.

While this scene met a literal definition of fair chase--this was a wild rabbit, not confined in any way--there was a good chance that this was an animal somewhat habituated to humans, and therefore in a poor position to exercise his ability to escape. I've watched a lot of animal-rights videos and I knew this was right up their alley: Mean ole hunter shoots a tame bunny.

I stifled a groan. Why this rabbit on this day?

And when he got close enough, I shot him.

You can read the full story here at Shotgun Life – including exactly what the filmmaker caught on camera – but I’d love to hear your thoughts. Would your decision change depending on the presence or absence of the filmmaker? Did I make hunters as a group look bad?

I’ll kickstart the conversation by saying this: One of the reasons I’m ridiculously honest in all aspects of my life is that it’s easier to be honest than to perform perpetual maintenance on lies and omissions. When I first started hunting, I wasn’t so open, but I quickly learned that lying or even holding back about any aspect of the hunt only cedes points to anti-hunters in our great ongoing debate about hunting.

So now I’ve had my say. What say you?