How Do You Get To Carnegie Hall?

When my ECS Gordie was a youngster, we each enjoyed a two-for-two day hunting woodcock. I killed both birds he flushed with two shots, and he made two finds and retrieves. 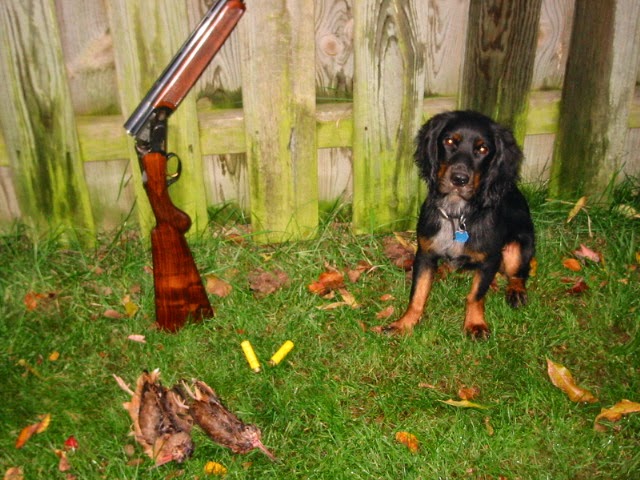 Unfortunately, it’s not always possible cleanly to kill wild upland birds on the wing in the gnarly places where they live. I cringe whenever dispatching a wounded woodcock after it freezes me with an icy stare from a baleful eye.

Bird hunters have long been told that burning powder on the clays field is the best method for minimizing crippling shots. For the hunter just as for the inquisitive violinist in the title, their mutual solution has always been “practice, practice, practice.” Having great equipment well suited to the job at hand is certainly part of any performance equation. But for some of us geezers, performance improvement is primarily an internal process.

And so I had mixed feelings when I learned the other day that an American arms manufacturer is offering a $5,500 “integrated shooting system.” In an article introducing this arm in October, 2013, the company stated “The advanced internal ballistics computer immediately generates a firing solution….” That sounds less like the deer hunting I know and more like Burt Lancaster loading a forward-tube torpedo for a bow shot on the Akikaze in the Bungo Straits. My problem with this, after chewing on it for a few days, is that it replaces the internalized “practice, practice, practice” with its external substitute “purchase, purchase, purchase.”

The possibility that this “shooting system” may reduce crippling shots is attractive, even if the hunter’s shooting skill is improved simply through his wallet. Further, it seems to me that some if not many fair chase issues concern events happening before the shot rather than during the shot. To the extent that’s true, I’m not sure that this system, while still something I’d probably not choose to use for aesthetic reasons, runs afoul of fair chase hunting.

But I’m no expert. So, like some callers to radio talk shows, having set the table, I’ll just hang up and listen.
Posted by Michael M. at 7:52 AM 9 comments:

DENVER, CO - Four sportsmen from across the West were presented with awards at the Backcountry Hunters & Anglers' Annual National Rendezvous in Denver, in recognition of their outstanding contributions to protecting backcountry habitat and promoting conservation efforts.

Jim Posewitz of Helena, Montana; Bob Mirasole of Chattaroy, Washington; Oscar Simpson
of Albuquerque, New Mexico; and Scott Willoughby of Eagle, Colorado were the recipients of this year's awards.

"The awardees truly embody the boots-on-the-ground conservation ethic our membership values" said National Board Member and Awards Committee Chair, Jay Banta. "These guys live for hunting and fishing the backcountry and have dedicated a good part of their lives to keeping that tradition alive. Our national awards are but one small way to distinguish their ongoing efforts."

Jim Posewitz of Helena, Montana received the Aldo Leopold Award, which is given to an individual or a group who has done meritorious work on preserving backcountry values and land habitats. Posewitz retired from the Montana Fish, Wildlife and Parks in 1993 and went on to found Orion, the Hunters Institute, a sportsmen organization that leads the conversation about hunting ethics and fair chase. Jim is also the author of numerous influential books on fair chase and our hunting traditions.
Posted by Eric C. Nuse at 12:02 PM 7 comments:

This essay is cross-posted with permission from Phillip Loughlin's Hog Blog.


Last week, my brother and I spent two full days at Crystal Creek Bowhunting, a high fence ranch over near Del Rio, Texas.  Our plan was to target axis deer and hogs.  The package we paid for also allowed us to shoot a turkey.  We could swap the axis for any other exotic we encountered, which could have included sika deer, blackbuck antelope, or various sheep (ramboulet, mouflon, aoudad, or hybrids).

Each of us spent one arrow, shot at wild hogs during the last light of the first night’s hunt (neither of us connected).  Each of us also passed up a single shot opportunity at a ”wild” sheep during the trip.  I got caught flat-footed by a big tom turkey that snuck in through the brush and suddenly appeared, five yards away.  Other than that, we had no shot opportunities and spent the majority of the time in the field enjoying the plethora of birds that flock through Texas during the spring migration.  I may have napped a little in the warm, spring morning sun.  Neither of us killed anything except time.

So is it the difficulty of the hunt that makes it “hunting”?

I’ve got a spot at the Tejon Ranch, back in California, where I could guarantee a shot at a wild hog.  Even better, I could just about pinpoint when the animals would appear, and where they’d show up first.  Everyone I ever took to that spot had at least one shot opportunity.  I am certain that, had I wanted to do so, I could have laid around camp all day long, driven out to that spot in the last half hour before sunset, and killed a hog (if I shot straight)… every trip.

Tejon isn’t a high fence ranch.  There were no feeders, and no food plots.  Was that “hunting”?

When I was guiding for mule deer out at Coon Camp Springs, in California’s eastern Sierra, my clients had a 100% shot opportunity rate.  Once I learned the lay of the land, I had specific areas that almost always produced deer.  By the time the clients showed up, I could usually have them tagged out within two days… often sooner.

Coon Camp Springs is about 7000 acres of unfenced land, surrounded by millions more acres of public and private property.  With the exception of some habitat restoration work, there is nothing unusual there to specifically attract or hold deer.  But the hunts were typically easy.  Was that “hunting”?

A few years back, I joined my brother on his first elk hunting trip.  The first morning, the sun came up on us about four or five miles into the Uncompahgre Wilderness.  We were surrounded by elk.  Fifteen minutes later, my brother had a 320″ bull on the ground.  The next morning, I set up on the edge of some dark timber while the guide and wrangler took the horses down to pack out my brother’s bull.  By the time they got back up the mountain to where I was, I had almost finished skinning and boning out my own bull.  Sure, it was a fairly long hike in and out, but it wasn’t what I’d call a “hard” hunt.  In fact, it was far easier than some high fenced, hog hunts I’ve been on.  Was it “hunting”?

Enough with the redundancy, then.

Besides the relative ease of all of those hunts, high fence and low, they share one other thing in common.  I enjoyed them.  Even the ostensibly “fruitless” bow hunt on the high fence ranch was a great time.  I had fun, and really, isn’t that what hunting is about?

There are people who would tell me that my visit to that high fence ranch wasn’t “hunting”.  But I have to say, it sure felt like it to me.  As I sat there with my release clipped on, waiting with ragged breath and racing pulse for the spotted boar to take just two more steps… it felt like any other time or place, sitting in the same position with the same apprehensive tension.  Or leaning back in the stand, nearly dozing under the late morning sun… I could have been on any hillside in any place.  And later, around the skinning pole with the guys who were successful, it was the same jokes and banter that I’ve heard around skinning poles in every state and setting I’ve ever experienced.

No, I was there… and I’m pretty certain I was hunting.  I am also dead sure that I enjoyed the experience, and it makes me wonder; in what world ruled by reason and logic could anyone tell me that I didn’t?

Isn’t that a foolish thought… to tell someone else that they couldn’t have enjoyed an experience because you wouldn’t enjoy it yourself?

Is it hunting?  It is to me.  Maybe it doesn’t meet your definition, but that’s alright.

Fair Chase and the Hunt for Survival

The following is an essay I was invited to write for the Center for Humans and Nature on the question, "Does hunting make us human?" I focused in on the question, "Is hunting still important to humans in the modern era? Does it still contribute to our being human? And if so, is it a good thing?"

"...I contend that modern fair chase hunting contains a seed that could spark a transformation in our relationship to nature. I am cautiously optimistic because this love of the hunt has sparked a transformation before." 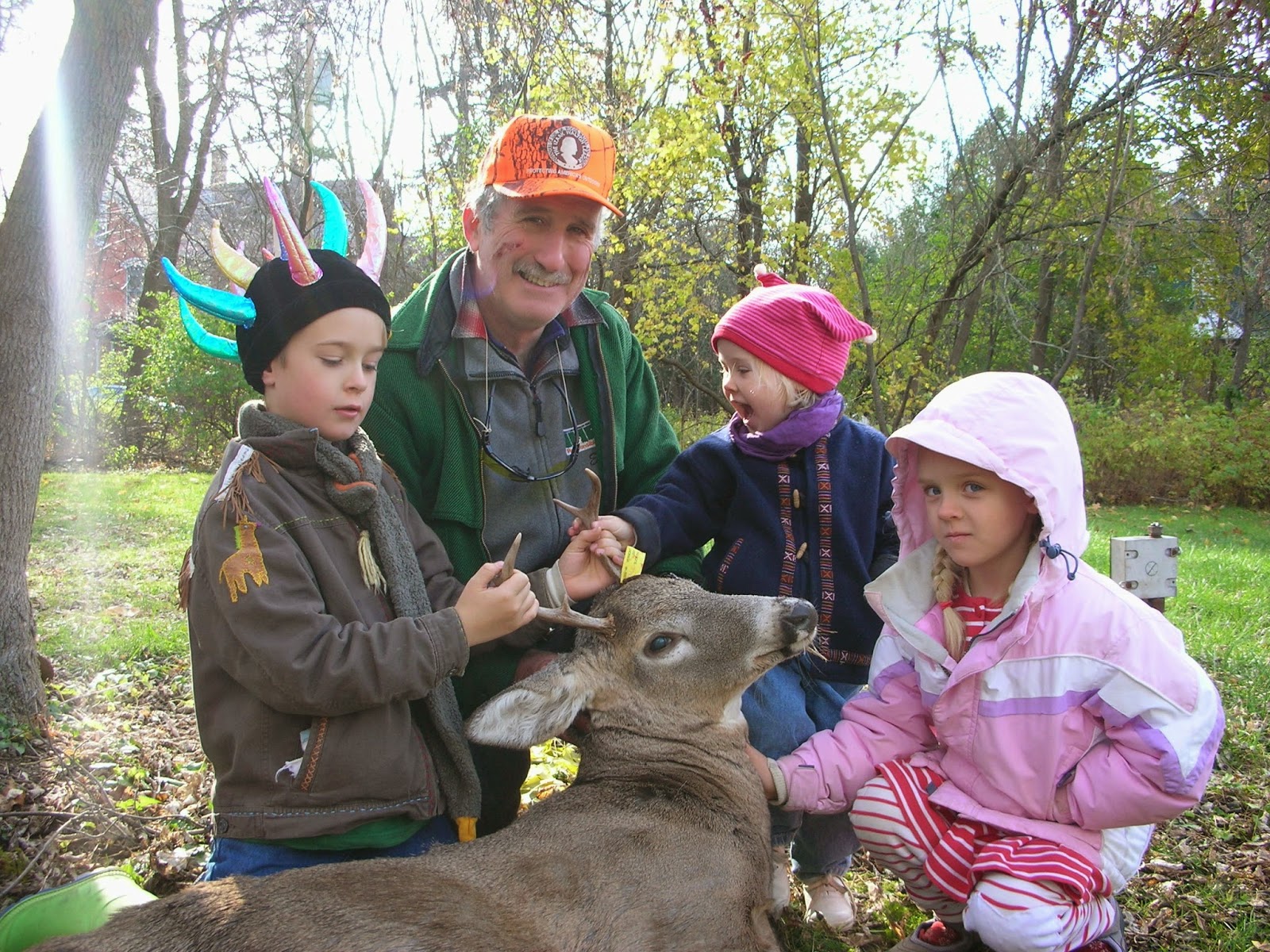